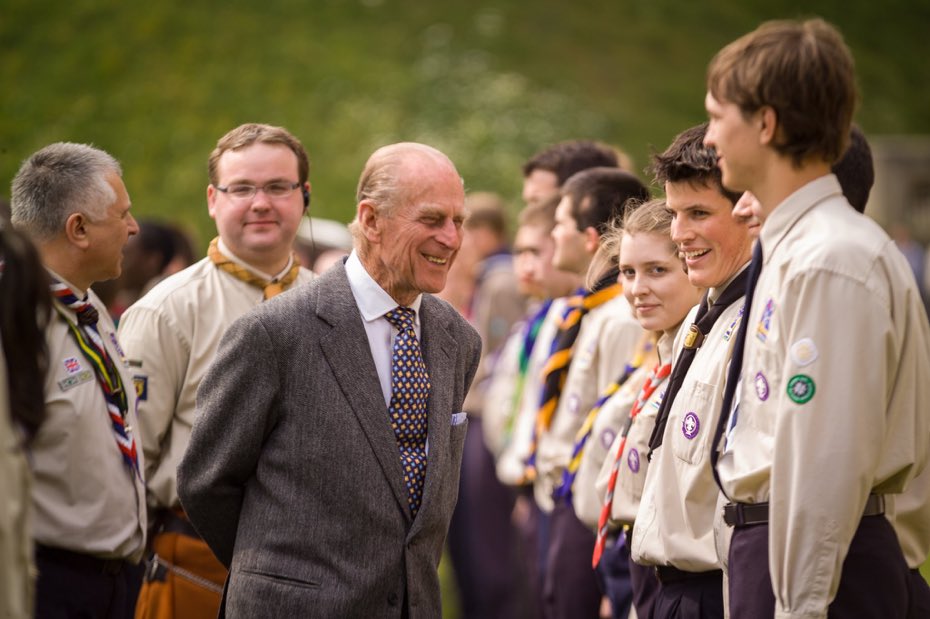 Merseyside Scouts was saddened to learn of the death of His Royal Highness Prince Philip, and the thoughts of all our members are with Her Majesty The Queen and the entire Royal Family.

Prince Philip was life-long supporter of ensuring that young people have been able to access opportunities that have helped them to get the best start in life. Prince Philip’s impact through organisations such as the Duke of Edinburgh’s Award Scheme has been immeasurable, and has benefitted countless numbers of Scouts across Merseyside.

David Steer Esq. QC DL, Chair of Trustees of Merseyside Scouts, comments: “His Royal Highness Prince Philip through his Duke of Edinburgh Award Scheme enhanced the lives of millions of young people. All associated with Merseyside Scouts wish to express their sorrow at his passing and to offer their condolences and deepest sympathy to Her Majesty The Queen and to all members of the Royal Family.”

Peter Oliver, County Commissioner of Merseyside Scouts, also comments: “The loss of any life is a tragedy; but even more so when a life has been spent in the service of others, be that locally, nationally or internationally. His Royal Highness Prince Philip will be remembered by many for the life changing opportunities he helped to create, and his legacy will live on.”