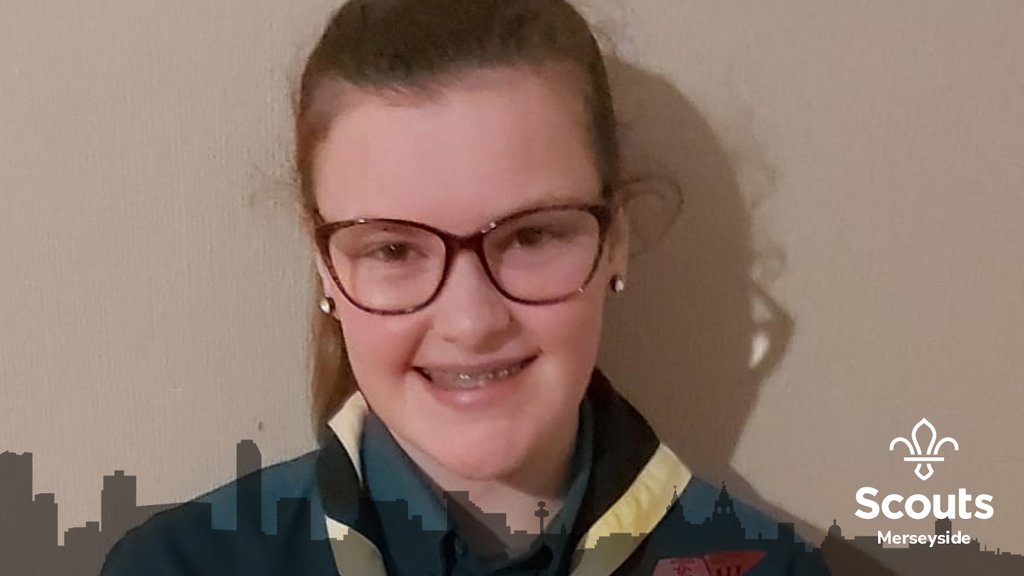 My names Lottie I am 13 years old and am a member of 1st Lydiate Scouts. I have completed many activities with Scouts, including an overseas camp, in Switzerland, and many other camps including sleeping on a barge and Chariot Racing, and of cause the famous Moon Light. I have enjoyed them all.

I recently gained my Chief Scout Gold Award and have been appointed as Senior Patrol Leader.  This came as a big surprise to me and to be honest I didn’t know what it meant, or what I had to do!!!

One of the first tasks that I had to undertake as Senior Patrol Leader was to get some ideas for our weekly online Zoom nights. I got in touch with the PLs (Patrol Leaders) and APLs (Assistant Patrol Leaders) and we discussed some ideas.  Then we had an idea to try and do something different; a race night for the Troop.  The PLs and APLs loved this idea, so I took the idea to Gary, our Scout Leader, and he also liked the idea. I did some research and found out that we could do the event as a charity night for Macmillan Cancer Support.

I wanted to raise the money for Macmillan because I knew that it could help so many people and their families, and it made me feel good. We felt like a lot of people will be grateful for the money we wanted to raise.

However, things soon blossomed, and the Group leadership decided to integrate the race night into our Virtual Winter camp 2021, so the race night was open for all Beavers, Cubs, Scouts, Explores and Leaders as well as their families, which was bit daunting to be honest.  Also, the Winter camp was only 10 days away, so I needed to move fast!

I had to show everyone one the races but before that I had to say all the names which was daunting to me because I was no good at pronouncing names! I kept over thinking it and thinking to myself I hope I don’t mess up, but then my parents said don’t worry if you mess up it is not going to ruin the night you will do great.

The evening itself was a great success, with all the races running smoothly, only a minor mishap on the first race, when I forgot to link the sound, but one of the parents stepped in and did the commentary while the race was running.

At the conclusion of all the races I was a bit shy because people just kept saying “Thank you” and “Well Done Lottie”.

Overall, I have raised nearly £1,500 for Macmillan, well beyond my wildest dreams, and the Virgin giving page is still open, is anyone would like to make a small donation, feel free: https://uk.virginmoneygiving.com/1stLydiateScouts