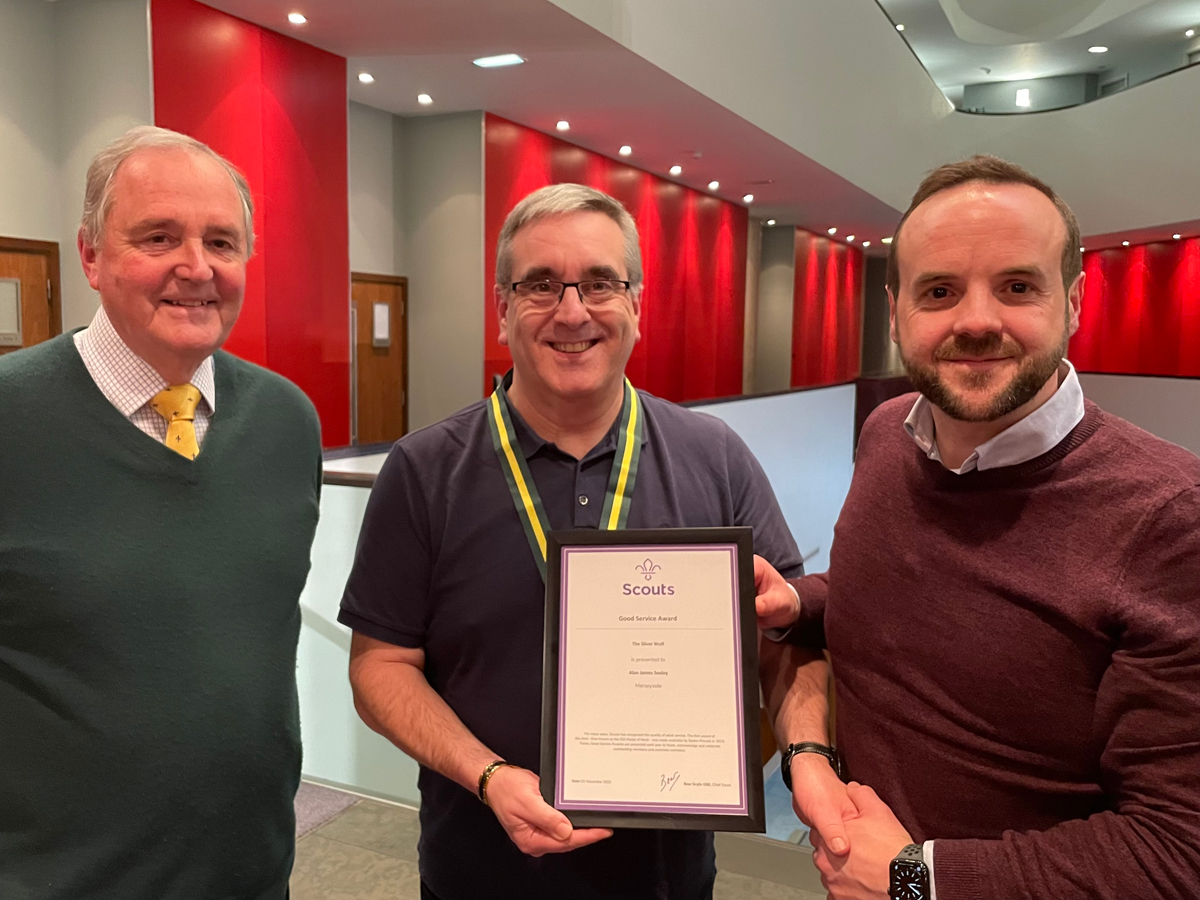 The Chief Scout, Bear Grylls, has recognised Alan’s outstanding contribution by awarding the Silver Wolf – the highest UK award for good service that volunteers in Scouts can achieve.

Alan’s involvement in Scouts began in 1989 when Alan took on the role of Cub Scout Leader in Walton-On-The-Hill District. Since then, Alan has held a wide range of roles that have included Group Scout Leader, District Commissioner, Assistant County Commissioner and County Commissioner. Today, Alan is a Vice President and Trustee of Merseyside Scouts and a member of the UK’s National Awards Advisory Group.

Over the years, Alan has consistently sought to make a positive and impactful contribution to the lives of others; with great success.

The Silver Wolf is the unrestricted gift of the Chief Scout. It is only awarded for service of a most exceptional nature.

Congratulations Alan, and thank you.